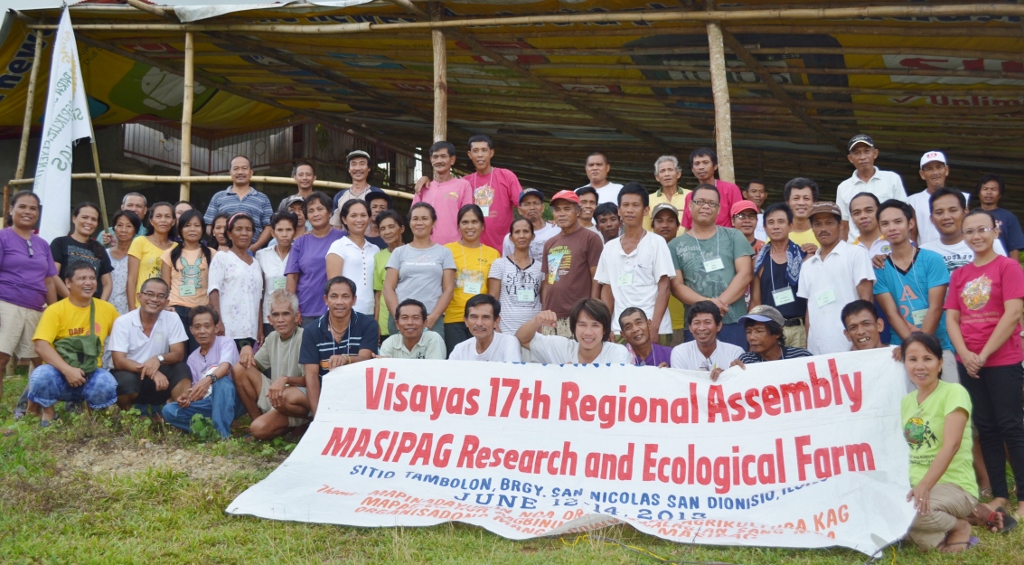 Around 80 delegates from member POs, NGOs and scientists from different
provinces actively participated in the techno-sharing and discussion led by
farmer-presenters and partner scientists from Central Philippine University
and Filamer Christian University. Diversified organic seeds and planting
materials were exhibited and exchanged among farmer-participants.

The Regional Assembly likewise celebrated traditional Visayan culture. The
Visayan-way of cooking local foods using local vegetables and freshwater
shells combined with coconut wine “bahalina” were a great attraction during
lunch of the 2nd day program. Cultural contests such as poster-making, poem
and song composition are joyful ways of strengthening the solidarity of the
Visayan network members especially the farmers.

The organizational meeting was highlighted by presentation of PCB and RPMT
regional reports, review and amendment of the by-laws, and endorsement of
new member-POs and NGOs in the network. A new set of Regional Project
Management Team (RPMT) members was elected. The new set of RPMT members for
2013-2016 are Elizabeth Cuenca from KABBUHIAN, Tranquilino Pillado Jr. from
BACUFA, and PDG representing the NGOs, and the Regional Coordinator.

One of the main activities in the assembly was paying tribute to our dear Ka
Pecs, the first MASIPAG Project manager, rice breeder and seed curator who
died at age 80 last May 27, 2013.