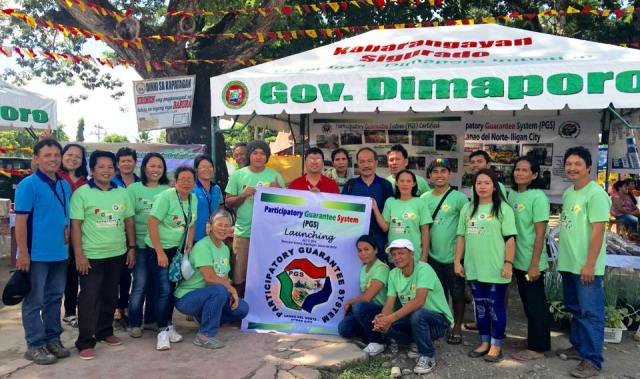 PGS Lanao del Norte – Iligan was launched in July 5, 2016 in Kapatagan, Lanao del Norte in conjunction with the Kapatagan Municipality’s 2nd Agri-Aqua and Livestock Fair. The PGS group also awarded the certificates to the first batch of farmers who passed the guarantee system’s inspection and evaluation process.

Also present in the event are the Governor, Vice-Governor and Congressman of the Province who vowed to support the initiatives of the farmers and expand PGS in many municipalities of the Province. Newly appointed DA Undersecretary for Special Concerns Ranibai Dilangalen also expressed her support to the farmers who are the backbone of agricultural development of the province.#