Quezon City – A House Resolution directing an inquiry on the controversial Golden Rice has been filed at the House of Representatives today, as an effort to stem the imminent re-introduction of the genetically modified (GM) crop in the country. 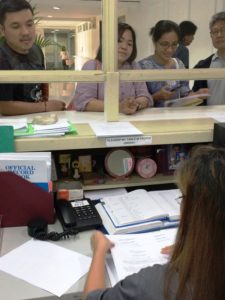 Genetically modified to express beta-carotene, the pre-cursor of Vitamin A, the Golden Rice is being touted by its proponents as a solution to the supposedly worsening cases of Vitamin A Deficiency (VAD). The GM rice has been field-tested in the Philippines back in 2011 in five separate locations in Luzon, despite the intense opposition from various farmers and consumers organizations. In 2013, more than 400 farmers, consumers, youth and other sectors uprooted the clandestine field trial in Pili, Camarines Sur. In 2014, the planned commercialization of Golden Rice was halted, with the International Rice Research Institute (IRRI, one of the major proponents of Golden Rice) declaring that the average yield of the GM rice is much lower than that of the local rice varieties.

Last April, applications for field trials and direct use for food, feed and processing (FFP) has been filed anew at the Bureau of Plant Industry (BPI). Farmers’ groups, including MASIPAG, re-iterate their opposition against the new field trials and the renewed push for the Golden Rice.

“From the start, the Golden Rice has been beset with issues and problems such as its relevance, and its safety to human health and environment,” said Cris Panerio, MASIPAG National Coordinator. “The fact that the proponents are renewing the field trials and possibly commercialize it without addressing these issues show that they only care about putting it in the market regardless of its effects to the farmers and consumers.”

There is no consensus on the safety of genetically modified organisms (GMOs) such as the Golden Rice even among the scientific community. However, independent safety studies such as that of Dr. Eric Giles Seralini of France have pointed out to the alarming potential harm that GMOs have among mammals. Testing with laboratory mice have shown negative impacts on respiratory, digestive, and reproductive systems, among others.

Likewise, the long-term impacts of GMOs in the environment are still in question. Experts argue that its dependence on chemical inputs, as well as the monoculture production system can lead to significant biodiversity loss. Even its supposed economic benefits have been proven to be inconsistent, failing many poor farmers due to the high cost of production which includes buying expensive seeds and chemical inputs.

“Rice is the staple food of Filipinos, and we eat it all the time,” said Marcelino Dela Rosa, a farmer from Cabanatuan, Nueva Ecija. “If a potentially harmful technology is applied to our rice, then it puts us all in danger and therefore it should be stopped.”

Public Kept in the Dark

One of the biggest issue about the testing for Golden Rice is the lack of transparency among project proponents such as the Philippine Rice Research Institute (Philrice), IRRI and the Department of Agriculture (DA). The lack of meaningful public participation is glaring with no substantial consultations and dialogues that could address the concerns of the stakeholders especially regarding the safety of Golden Rice.

“This is very irresponsible of the proponents, and is a clear violation of the rights of the people to be informed and consulted, especially with matters that concern our staple food such as rice,” said Virginia Nazareno, a farmer from Gen. Nakar, Quezon. “Whatever so-called consultation processes they have are a sham, such as the limited posting of information in inaccessible sources and the very limited time of commenting and discussions.”

In July 25, the Bureau of Plant Industry (BPI), the regulatory body tasked to review the applications for new technologies such as GMOs have published the public notice in national dailies, as per the policy indicated in the Joint Department Circular (JDC) No. 1 Series of 2016. However, they only require 60 days period for public commenting which is deemed insufficient.

Last August 29, however, an article in the Philippine Daily Inquirer was published claiming that the applications for the field trials and direct use for food, feed and processing have been “secured.” This has created confusion among the stakeholders, including MASIPAG, as no approval should be given without exhausting the period for public commenting.

“We call for the BPI and the project proponents to clarify this news article,” said Panerio. “Does this mean that they have approved the applications even if the 60-day period is not yet up?”

“If it is, then they have violated the policies that govern these GMO applications and worse, they have betrayed the public.” 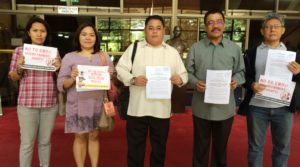 The proposed House Resolution will seek to facilitate further awareness-raising among stakeholders, and is expected to compel the Golden Rice proponents to be transparent on the status, process and plans for the GM rice.

“We are grateful to Rep. Casilao and the Anakpawis Partylist in taking up this issue as this is relevant not only to poor farmers, but to the consumers as well,” said Panerio. “We only hope that other legislators will also see the light and take part in protecting our rice and food security by scrutinizing the Golden Rice technology and its planned field trials and commercialization.” #