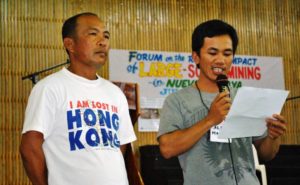 MASIPAG condemns the red-tagging of network staff Alfonso Shog-oy and farmer leader Basilio Prado, both long-time sustainable agriculture practitioners and environmental advocates in the province of Nueva Vizcaya. Leaflets bearing the names of Shog-oy and Prado, along with forty other names, were being distributed in the municipalities of Kasibu, Quezon and Bayombong. The leaflet states that the persons listed in the leaflets are either NPA members, recruiters or contacts. Shog-oy and Prado were being maliciously tagged as “NPAs in cities/municipalities”. As such, these persons are now open targets of harassment, intimidation and possible assassination under Duterte’s militarist regime. 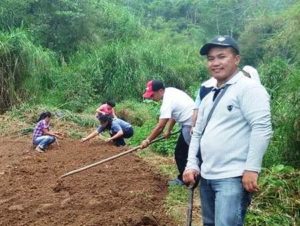 Shog-oy, an Electrical Engineer by profession, has been MASIPAG’s Area Coordinator for Northern Luzon since 2016. Before being MASIPAG’s staff, he is an active farmer organic practitioner and active councilor serving two terms in his barangay. Prado is one of MASIPAG’s prolific farmer trainor; giving voluntary service to peoples organizations needing skills development on trial farm establishment, soil fertility, alternative pest management among others. He also chaired MASIPAG’s Provincial Consultative Body, leading a number of sustainable agriculture practitioners and farmer groups in Vizcaya and nearby provinces as well.

Much of the farmers that they helped organized are affected by the foreign-owned commercial large scale mining operating in Nueva Vizcaya, who after their intervention are now engaging into sustainable and organic agriculture. Clearly their participation in bringing change and uplifting the lives of the farmers, and their critical stand on the present policies on agriculture and the environment in the Philippines make them a target of this red-baiting campaign. 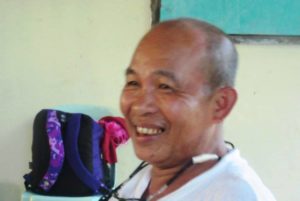 “The inclusion of our names (personalities and individuals who actively participated in the anti mining campaign in Nueva Vizcaya) in the list of alleged rebels is malicious and dangerous. Whoever is responsible for this aims to destroy our names and discredit our efforts to protect the environment and to advance people’s rights. We are angered and deeply concerned with this because it is putting our lives in danger, knowing the fact that there are bounties for rebels arrested or killed and records show that there are lots of unresolved cases of EJKs happening around us, sometimes involving even lawmen themselves. We fear for our safety but we will not back down. What we are fighting for is just and right. It is for the benefit of the people, of this generation and the future. You can stop us, arrest or kill us anytime, but until the people’s issues are properly addressed there will always be another us, they will continue the struggle until victory is achieved for the people” said Shog-oy.

MASIPAG strongly condemns this malicious and vile attempt to discredit development work among communities and an affront to the people’s right to development. Red-tagging of development workers such as Shog-oy and Prado will only weaken the nation’s thrust for genuine development, especially in the rural areas whose services brought by development workers and their organizations are most needed. It is very unfortunate that these acts are being made at a time when the country is facing problems on rice shortages, food insecurity and environmental degradation. Critics of the government are being tagged as terrorists, which is very unacceptable for a democratic country such as ours.

MASIPAG calls on the government to observe and respect the people’s right to development, and to protect the rights of development workers against intimidation and harassment. #