“The United Nations Food and Agriculture Organization celebrates October 16 as ‘World Food Day’, but it is best fitting to describe this day as World Foodless Day or World Day of Hunger. The Philippines especially in Mindanao is facing food crises, we witnessed surging prices of our country’s staple rice, Zamboanga City declared a state of calamity few months ago.” In a statement by Leo XL Fuentes, Regional Coordinator of MASIPAG Mindanao.

According to the 2018 data of globalhunger.index.org hunger in the Philippines was categorized as serious. Meanwhile, the World Health Organization in 2017 noted that 815 million people were hungry, 520 million of which comes from Asia. Aside from climate change, regions with conflict has higher prevalence of hunger. Out of the 815 million hungry people, 489 million are in conflict areas. 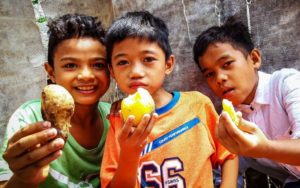 “Even here in Mindanao that is under Martial Law the continuing militarization in rural communities resulted to displacements, damages of farms, and killings of farmers and subsequently severe hunger. We have a problem in food yet the current government does not have a comprehensive plan to support our farmers, land-grabbing by aggression projects of plantations and big-businesses continue. 162 farmers were killed under the Duterte administration, majority of which is in Mindanao.” Fuentes added.

The farmer-scientist network explained that, hunger as a complex social problem can only be solve through a comprehensive program that is farmer and people-centered approach. For MASIPAG the corporate and business oriented agriculture since green revolution failed millions of Filipinos.

“We cannot solve the food problem if we kill and persecute our farmers, we need to advance their right to land, seeds and post-harvest facilities among other social services.” 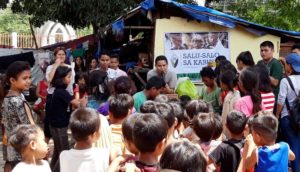 MASIPAG Mindanao commemorated the World Day of Hunger with ‘Lumad Bakwets’ displaced indigenous people of Mindanao seeking sanctuary in UCCP Haran through a Salu-salo sa Kabus (Food-Sharing for the Poor). #